Al. Neyer and Hillwood Development are celebrating the successes of creating a winning industrial deal one mile away from Cincinnati/Northern Kentucky International Airport. The Erlanger Commerce Center was named Industrial Deal of the Year by NAIOP Cincinnati in early November. The 1.9 million SF project comprising of three buildings gives new life to a site along Interstate 72/75 that was left vacant when Showcase Cinemas closed in 2008. The development team acquired the 125-acre site to create an e-commerce distribution center offering three buildings with easy access to Interstates 71, 75, and 275. Coca-Cola, Perfetti Van Melle, and Duro Bag have signed on as tenants and will take advantage of the the buildings’ 36′ clearance height and efficient cross-dock configuration. All three tenants will be able to move material in, repackage it, and send it back on the road with ease.

The Erlanger Commerce Center represents Al. Neyer’s largest project to date. The development will prove to be a major driver for the local economy. In a study executed prior to the announcement of tenants, The UC Economics Center calculated that construction of the site would lead to further spending of nearly $33 million in other industries, resulting in economic activity totaling nearly $87.5 million. The study projected on-site employment of up to 2,800 people with annual wages of $70 million, and $45 million in indirect wages in the area. Operations at Erlanger Commerce Center, combined with local purchases, was expected to generate around $675 million in increased economic activity annually in Erlanger, Kentucky.

The site sat vacant for such a long period of time because of a number of development challenges – not the least of which were an extensive stream and wetland areas and a 26” gas transmission line owned and operated by Duke.  Working with the City of Erlanger and Kenton County, Al. Neyer and Hillwood were able to overcome these challenges through the use of Industrial Revenue Bonds and the creation of a TIF district.  The TIF district was created to encompass the project site as well as surrounding areas in which the City wishes to encourage additional development.

The first building at Erlanger Commerce Center is on track for completion by the end of 2018. The second phase is scheduled for a May 2019 completion, with the third building to be completed in November of 2019. 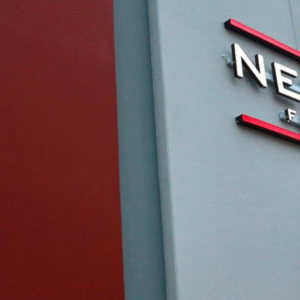